How to be a Trust Agent

I used to think that the most valuable currency was the dollar. It isn’t its trust.

Reputations can be made or lost in minutes thanks to smart phones with cameras, Twitter or Facebook.

If you’re running any kind of business, whether that’s online or ‘bricks and mortar’, you need to realise that social networks and personal connections have far more influence on customers than your marketing messages ever will – so that’s why your business needs to learn how to use them.

This month I’ve been reading Trust Agents: Using the Web to Build Influence, Improve Reputation, and Earn Trust by Chris Brogan and Julien Smith. They describe a Trust Agent as:

A Trust Agent isn’t necessarily a marketeer or a sales person, they’re digitally savvy people who use the Web to humanise business using transparency, honesty and genuine relationships.

Unsurprisingly people who have trust wield influence. This influence will either build up or bring down your business’ reputation.

According to Brogan and Smith, don’t worry about it. Focus on connecting with people and the tools will look after themselves.

Set Your Own Rules

No matter what industry you are in there are usually a specific way things happen. If you’re a journalist writing on a national paper, then you typically start on a local paper and work your way up. If you’re a musician, then you’ll spend years doing gigs in pubs, giving your demo CD’s away hoping that you will get discovered.

It doesn’t have to be like this. UK band the Arctic Monkeys became the fastest selling album in UK history, thanks to Myspace.

Because the web is a platform, it’s the perfect place to make your mark. Trust Agents know this and this is the world they live. They look for the ‘games inside the game’ to find ways to win. Note that Tim Ferriss author of the 4 Hour Work Week, became a World Champion Kick Boxer by learning the rules and applying them, not from physically beating his opponent to a pulp.

Reinventing the rules helps you stand out from the crowd. Closely followed by being there first.

Gaining the trust of another person requires you to be competent and reliable. It also requires you to leave someone with a positive emotional impression, which is something that the web has the potential to do quickly and well. Being seen to be a ‘real person’ is big part of gaining trust.

Interacting frequently and regularly is another. Show up at events, get your name out there. Be honest about what your goals are when you start communicating. Then if you want to pitch to someone, do it cleanly and consider the reputation you’ve been building. This should be then easy and natural.

Archimedes was a famous inventor from 3 BC. He said that “with a lever large enough I can move the world”. Thus the Archimedes Effect is all about leverage. Putting in a certain amount of effort and getting a greater result than our normal human effort would give.

Leverage on the web is using the advantage you have in one place to help you in an another.

According to the Brogan and Smith, one way to be build up a reputation that you can leverage that you can leveage is by being the best or boldest at what you do – the rule of thumb they they suggest is is don’t ever sell to your audidence instead be their gatekeeper.

They give the example of Oprah Winfrey who gives and gives to her audience (cars, return trip to Australia) constantly and leverages that goodwill into bigger and bigger guests and giveaways. But she doesn’t directly try to sell to them.

If you’re not taking advantage of the way the web connects everyone you’re missing some easy opportunities.

Trust Agents are the connectors of all the different groups. They work in positions that connect teams and colleagues whether that’s offline or online, they are sharing information or connecting people.

Trust Agents do this by being able to recognise other individuals who like building networks of value and constantly seeking ways to make their groups connect with each other.  A natural benefit of all of this is that trust agents often connect with influential people.

Trust agents are helpful in promoting the good work of others, often sharing the best stuff without hesitation.  They make friends with newcomers, they hunt out the interesting, driven and talented.

You become Agent Zero by 1) building awareness of who you are 2) Grab their Attention and let them know you’re a good person to know 3) Then you take that recognition and develop it across several groups to the point you’re considered an authority.

Because the web inherently wants to be free, the skill to making money online is learning to interact on your audience’s terms. You need to be a human artist.  When you meet some in ‘real life’ you shake their hands and look each other in the eye. Online the there are equivalents  which you need to learn.

Listen – pay attention to the way other people comment on blogs. Read what others are saying before you comment.

Reciprocate – When someone friends you on a social network., unless you have a reason not to, friend them back.

Comment and Comment Back – when you are first getting started online you can begin by being a visitor. When someone contributes, try adding to the conversation.  If someone takes time to comment, comment back on his/her response and comment on their blogs blogs too.

The main job of the army is to have a huge impact. Something that they can’t be done by one person. Once you become a trust agent, reaching the next level means building and dispersing armies around projects and opportunities.

You can build an army by establishing a

A Mastermind Group – groups of highly motivated people who are joined together helping each other reach higher ground. If you aren’t already in one, find groups of like minded people and get together virtually to help each other.

The web allows aggregation like no other tool has in the past.  We can ask 100 people for something as easily as asking one person.  A great example of this is Wikipedia. This would be impossible to create without the internet.

The social contract – It’s important for everyone to know what is expected of them.

The web and social media give you the opportunity to present the human side of your business like in no other way in the last 50 years.

Never hoard your expertise or your angle. Always find ways that you can work with others to be successful.

Here are six strategies that you can use to increase your web presence: 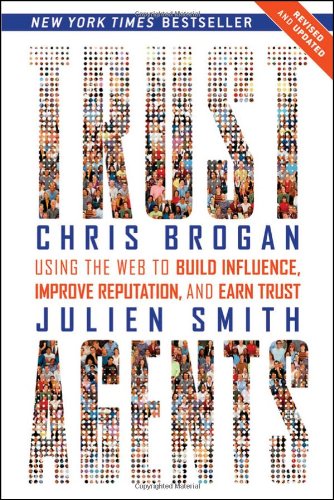